Events leading up to the nationalisation of banks: 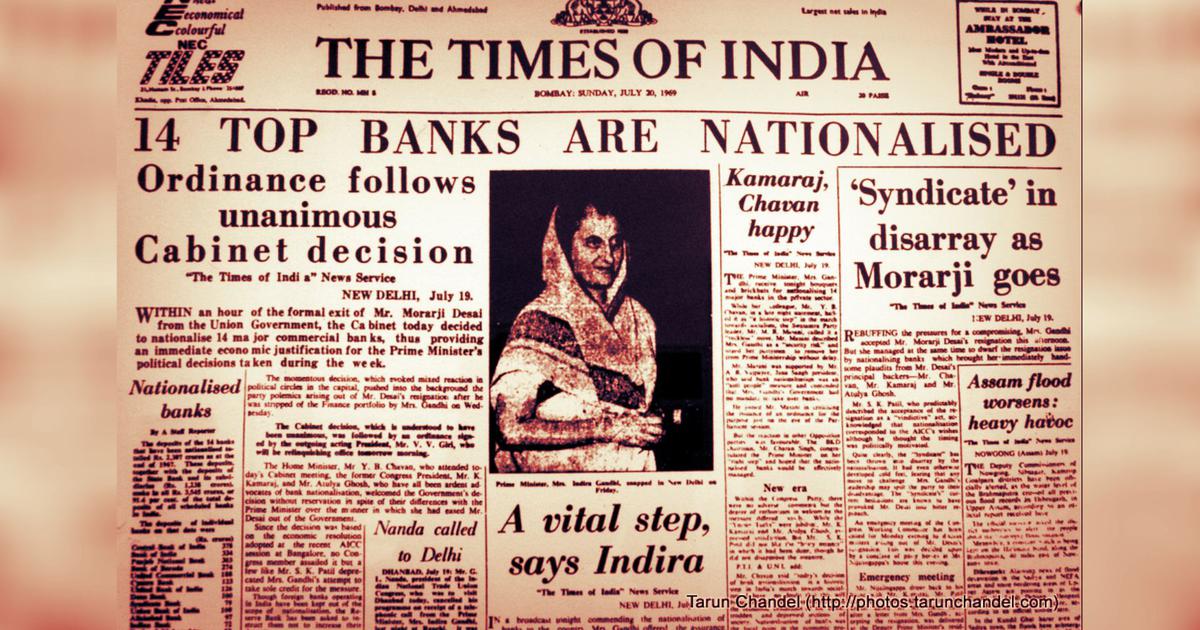